AHUs (Air Handler Units) are parts of HVAC equipment installed on the exterior of a building or in an attic in some cases. They are often described as the 'lungs' of a building, connotated by the fact that they condition large amounts of air that is eventually pushed into the building. AHUs are shaped in large metal boxes called "modules" and are usually responsible for the following functions:

AHUs are made of components very similar to an air conditioner with a few key differences. Air conditioners such as ductless mini-splits are perfectly suitable for cooling a small area. Whereas for larger areas, a ductless mini-split would fall short, and you would need an air handler. To understand how AHUs work and whether an area requires one, it is important to learn about how the various components of an air handler work in tandem to condition air.

AHU units are highly effective at regulating the air temperature, quality and even humidity. During the selection of an HVAC system and the route of installation, facility owners must consider the requirements of their facility space to determine whether they really need an AHU. Below are four of the most important reasons an AHU unit should be considered.

Areas that have larger ceilings and more open spaces require more energy from the HVAC system. To heat or cool an area effectively, equipping an AHU unit to the HVAC system offers improved results with more efficient performance. Reduced burden on an HVAC system could also lead to fewer breakdowns and in turn, reduced maintenance costs.

Conditioning the air for multiple zones is a challenge for HVAC systems. Ensuring that every corner of an area is provided with cold or warm air is a tedious task for an air conditioner when they are faced with obstructions such as walls. An AHU unit is able to solve this problem owing to the fact that they are not only generally more powerful than other air conditioning systems but are also designed to incorporate ductwork. Installing an AHU unit is comparatively highly cost effective than purchasing multiple ductless mini-splits or packaged terminal air conditioners for an area with multiple zones.

Among the options of HVAC equipment that commercial areas have, packaged terminal air conditioners and AHU units are among the most suitable. Packaged terminal air conditioners are singular air conditioners that are usually used in areas such as apartment complexes, senior housing facilities and condominiums. Another alternative are AHU units which are preferable for commercial areas given their centralised route of operation. An AHU unit is installed on the exterior of a building, usually a roof, and is connected to a series of ducts which lead into the building. Given their energy consumption, ease of installation and accessible maintenance, they are a highly recommendable option for some commercial buildings.

Since AHU units are installed on the exterior of a building and are made up of a series of large components in a singular box or separate modules, they are significantly easier to maintain than smaller air conditioning systems. Cleaning the ducts, filters and components of an AHU is not that daunting of a task as well given the accessible nature of an AHU unit’s components.

AHU units are useful and can help facility owners to cool or warm their facilities with a reduced energy bill. However, they can only be cost effective if they are installed correctly. Since they do require careful forethought, planning and installation, consulting an HVAC professional is highly recommended. If you are considering installing an AHU unit today or are having trouble with your current unit, contact ProServices Supply today. ProServices Supply is a reliable HVAC partner that provides services across the US. Visit our website or contact us at (877)-776-8228 for more information or to speak to an HVAC professional today. 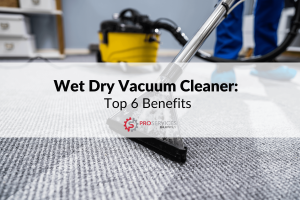 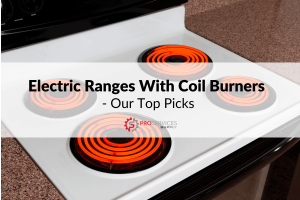